Cheap Imperial Beer Coming to a Liquor Store Near You

Cerveceria Costa Rica never had significant market penetration in the U.S. prior to their recent acquisition of North American Breweries.  Imperial was sporadically available in a few specialty stores, but now the liquor store down the street from our Colorado offices has it in their cooler and it’s at least 50% cheaper than it is in Costa Rica. 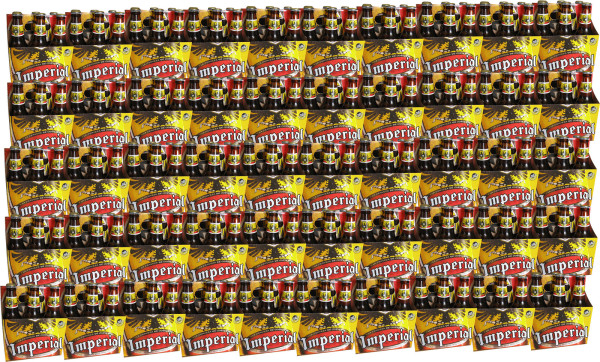 Even including Colorado’s high alcohol taxes a six pack is around $4 and cases are about $12.  Prices like that haven’t been seen in Costa Rica for ten years – a six pack at the AutoMercado is at least ¢3000.  It could be much cheaper in other U.S. states.

An employee at Aggies Liquor in Old Town Ft. Collins Colorado told us they were having a hard time keeping Imperial on the shelves.  Apparently everyone in northern Colorado who’s ever visited Costa Rica is passing up local microbrews like New Belgium’s Fat Tire Ale (about $9 a six pack) in favor of the Costa Rican lager.

Florida Ice and Farm Co S.A. (the parent company of Cerveceria Costa Rica) purchased North American Breweries from KPS Capital Partners after the private equity firm acquired them from Anheuser-Busch who was forced to sell off the collection of small brands before the U.S. justice department would allow the formation of the mega brewer Anheuser-Busch InBev – the world’s largest beer producer.

We haven’t investigated the possible connection between the merger and the appearance of Imperial in Northern Colorado but hopefully it’s part of a larger trend so look for the Cerveza de Costa Rica in a store near you (unless you’re in Costa Rica then it’s still $10 a six pack).