Guanacaste National Park was created in 1989 to connect Santa Rosa National Park with the high elevation cloud forest of Orosi and Cacao volcanoes and across the continental divide to the Caribbean rainforest of Northern Costa Rica. The hope is that together these two parks protect enough land to ensure sufficiently large habitats for wide-ranging species such as jaguars and mountain lions, while simultaneously creating a biological corridor for birds and insects to make local seasonal migrations between the dry forest and the evergreen cloud and rain forests. 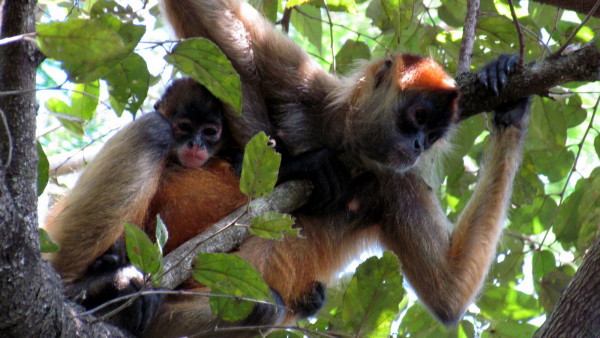 The park owes its existence in large part to Dr. Daniel Janzen. He successfully raised donations telling international contributors he would show the world “how to grow a National Park.” He launched his campaign when international beef prices were low, and many of the ranch owners were eager to sell their degraded grazing lands. His goals of recreating more of the severely threatened tropical dry forest habitat from cattle pasture, as well as forming a biological corridor are now coming to fruition. Happily, biologists have commented that the habitat is regenerating more quickly than they had hoped.

Janzen was also aware that the changes in the land that would benefit the wildlife would leave many ranch hands without work and have a major impact on local communities. His foresight ensured that one of the goals of the park is to encourage local participation in environmental programs, and train and employ locals as park personnel. This attitude is important, because although the National Parks of Costa Rica are part of the world’s heritage, they are also an important part of Tico’s everyday lives. 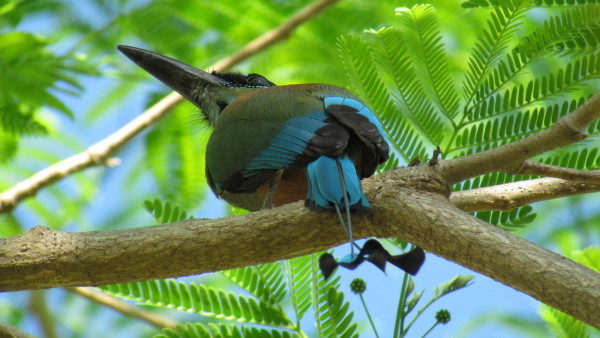 The main attraction of Guanacaste National Park is a good brisk walk or a leisurely stroll. The large range of elevations result in trails that cross several ecosystems as you climb from the dry Pacific forests near the border with Santa Rosa National Park to the high elevation cloud forests near the peaks of Orosi and Cacao volcanoes. You can cross the continental divide and climb down to rainforest typical of the Caribbean side of Northern Costa Rica. 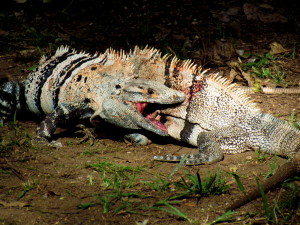 Among the dry forest inhabitants are Collared Peccaries, Howler Monkeys, White-nosed Coatis, White-tailed Deer, and Variegated Squirrels, Long-tongued Bats, and Capuchin Monkeys. You will almost certainly spot dozens of birds in a hour or two of walking including White-throated Magpie Jays, Orange-Fronted Parakeets, and Crested Caracara (roadside hawks). At higher elevations you may spot Squirrel Cuckoos, Tanagers and Groove-billed Anis.

This is one of the hotter drier areas of Costa Rica, and the whole Guanacaste region has more predictable seasons than the rest of Costa Rica. The chance of rain is much less during the dry season from December to April, but the higher you climb, the more likely you are to get wet… any time of the year.

Although it is fairly likely that it will rain on any given day during the rainy season (AKA the green season), it is also fairly likely that it will be a short shower in mid-afternoon. The rainy season which lasts from May until November is also usually interrupted by a two or three week dry spell in late July or August called the Veranillo de San Juan (Saint Joseph’s little summer).

Guanacaste is a large park that protects 32,512 hectares where elevations range from 300 to 1659 meters (984 to 5443 feet).  The habitats represented here are cloud forest, pasture/farm, and regenerating tropical dry forest.