Cahuita National Park is best known for the coral reefs close to shore. In the dry season, there is good snorkeling (guide required), and you are likely to see light yellow brain, elkhorn, and blue staghorn corals, sea fans, and gorgonians as a back drop to the more than 500 species of fish that live on the reef.

An Ecosystem on the Edge of Extinction 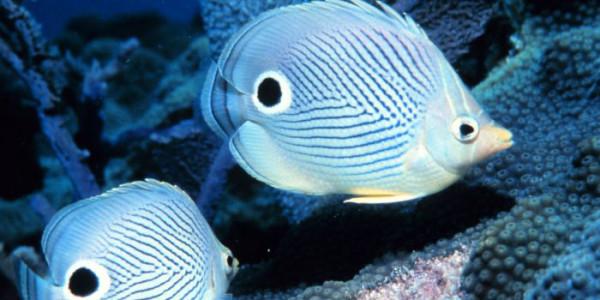 Cahuita National Park was established in 1970 to protect a large coral reef off the Caribbean coast. Unfortunately the reef is struggling for survival. An earthquake in 1991 lifted a large portion of the coral by about three meters (10 feet), some of it was exposed to the air and sun at low tide and rapidly perished. 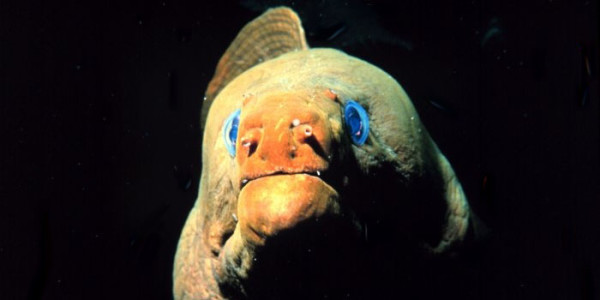 If it rains while you are there you will find that the submarine visibility is limited to a few feet for a few days due to the silt brought down in the Estrella river. This is an increasing threat caused by legal, and illegal logging of the forests inland from the park. The denuded slopes erode quickly and the silt blocks the sunlight the reefs need for survival.

When it’s not raining the fate of the reefs is equally grim. The sunlight in combination with the excess fertilizer from the banana plantations (what most of the forest lands are planted with after clear-cutting) causes plankton blooms that not only block the sunlight but poison the water… Something for us to think about when we sit down at our teak dining table to have a banana.

Snorkeling is not allowed without a certified guide in order to protect the remaining coral.

If the corals, fish, lobsters and clams don’t hold your attention, there are also two sunken ships to explore. They are well known and in shallow water so the likelihood of treasure is low, but the exposed cannons insinuate they are protecting something secret. 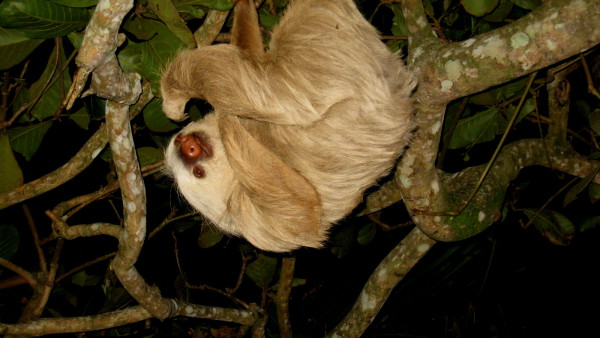 The hiking trail from the Kelly Creek station at Cahuita village, around the point to the Puerto Vargas is an excellent route to spot green ibis, yellow-crowned night herons, Northern boat-billed herons, Swainson toucans, keel-billed toucans, Rufous Kingfishers, and the Central American curassow. These feathered friends will most likely appear while you are in the middle of wading the tannin stained waters of the Perozoso (Sloth) River, and trying to extract your camera from your fanny pack to capture a photo of the tamandua, paca, coati, raccoon, or agouti that you’ve spotted at the edge of the trees.

The villages of Cahuita and Puerto Viejo are not in the National Park, but their Caribbean attitude mixed with the multicultural community of locals and expatriates from North America and Europe are definitely a local attraction. Excellent French and Italian Cuisine compliment the local spicy seafood fare and the music plays long into the night.

The southern Caribbean has quite different weather patterns than most of Costa Rica and while the Pacific is inundated with rain in September and October the skies are clear and so is the water around Cauhita.

Driving Directions from San José If you are starting from downtown San José take Calle 3 out of town to where it becomes the Guápiles Highway (32) headed northeast. Continue to Limon where you turn South on 36 for Cahuita.

Driving Directions from Juan Santamaría International Airport
If you are starting from Juan Santamaría International Airport, you can save a lot of time and hassle (and see some nice scenery to boot) by bypassing San José to the North through Heredia. Turn East (towards San José) on 1 (the Pan American Highway) at the airport exit. After ~1/2 km bear left at the stop light onto route 3/112 East towards Heredia. You’ll pass by the Imperial brewery and San Joaquín on the 8 remaining km to Heredia. Continue on 112 East to San Isidro where you catch 116, you start out heading South, but turn to the East (still on 116) to get to San Luis and the intersection with Highway 32. Turn left (North East) on 32 and climb to the tunnel that opens into Braulio Carillo National Park and the stunning drive to Flores (34 km from San Luis). Continue on 32 another 90 km to Limón. Welcome to the Caribbean. To continue to Cahuita and Puerto Viejo, turn South on 36.

Air NatureAir and SANSA have both toyed with flights from San José to Limón airport (about 30 km north of Cahuita) over the years but neither has made the route a permanent fixture of their schedule.  We were on a NatureAir flight to Tortuguero that made an unscheduled stop to pick up a guy at the Limón airport and he told us he’d just talked them into it.  Check with the airlines.

The beat and the feel are inescapable. We rode our bikes into Cahuita a scorching afternoon and were met by strains of Bob Marley through the palms. After a quick swim while the sun set, we found a place to stay and then had an incredible fish dinner under the stars. For breakfast we stopped at the little bread stand for banana bread, Jamaican spice cake, and papaya juice; there was no doubt we had reached the Caribbean coast. 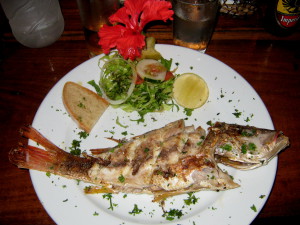 The Caribbean coast was settled Africans brought in by way of Jamaica in the late 1800’s to build the coffee railroad from San José, or to work the banana plantations. The Caribbean has an unmatched rhythm and Cahuita National Park is as much about culture as wildlife and botany.

When the area was first protected as a Marine National monument in 1970 there were many disgruntled farmers and inhabitants, and several hundred people gathered at a community meeting to speak against the park. According to D. R. Wallace’s Story of Costa Rica’s National Parks, Alvaro Ugalde, was the last speaker, and the only one who was for the park.

But, he turned the sentiments of the community by pointing out that the likely alternative to a National Park would be a “mass of hotels, marinas and golf courses which nobody wanted except foreign companies waiting on the sidelines.” This independent spirit has persisted, and the development of the area has been by small local owner operators and Alvaro Ugalde is today recognized as one of the fathers of Costa Rica’s National Parks system.

One trail winds between the beach and forest from the Kelly Creek station at Cahuita village, around the point to the Puerto Vargas station.