The Osa Peninsula is rugged and remote.  The remoteness prevented wholesale clear cutting, cattle ranching and banana plantations long enough for the government to step in a few decades ago and create one of the finest National Parks in the world – Corcovado.  The same isolation still means that very few average tourists make it here. 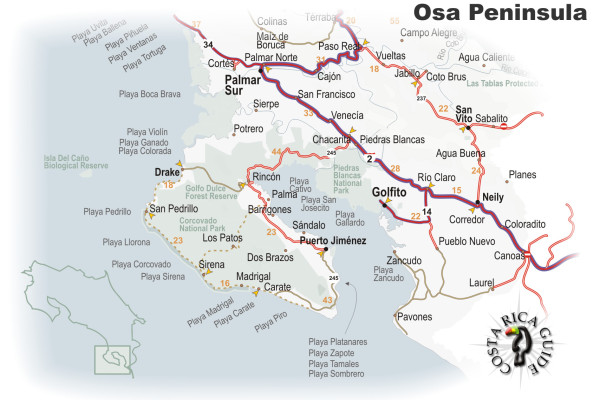 Unless you have time to make a leisurely trip enjoying the mountains and beaches between the Osa and the nearest international airport in San José the best way to arrive is by air.  There are two commercial landing fields on opposite sides of the peninsula – Puerto Jiménez on the east and Drake (Dra-kay) on the west.

There there are only trails (no roads) to the most secluded and beautiful parts of the peninsula so if you do arrive by SUV it will probably sit while you explore. 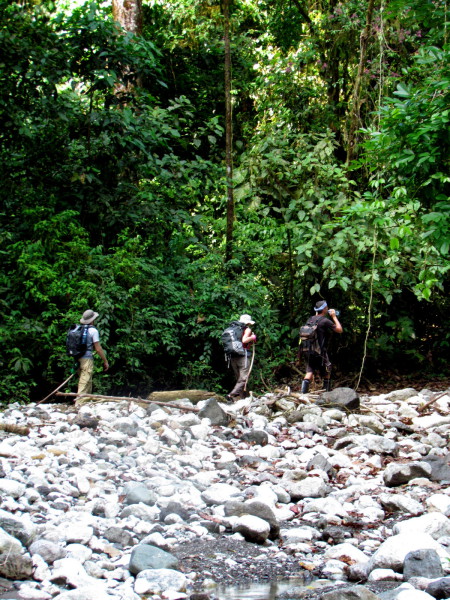 Anyone who’s read more than two or three pages I’ve written about Costa Rica is probably tiring of my superlatives, “unbelievable, amazing, excellent, incredible.”  I’d apologize but that would be false because that’s really how this country makes me feel.  Now I’m not sure how to convince you that there’s a place even better than all those others.  Superlatives don’t suffice.  It’s simply awesome and you’ll have to discover it for yourself.

It’s one of the last places in the world you can see endangered tapirs, squirrel monkeys and if you’re fantastically lucky jaguars.

The difficult, time consuming and ever changing logistics of acquiring park entrance tickets at the office in Puerto Viejo mean most visitors take package tours from their lodge that include the entry.  You cannot pay upon arrival at the park entrances and will be turned away. 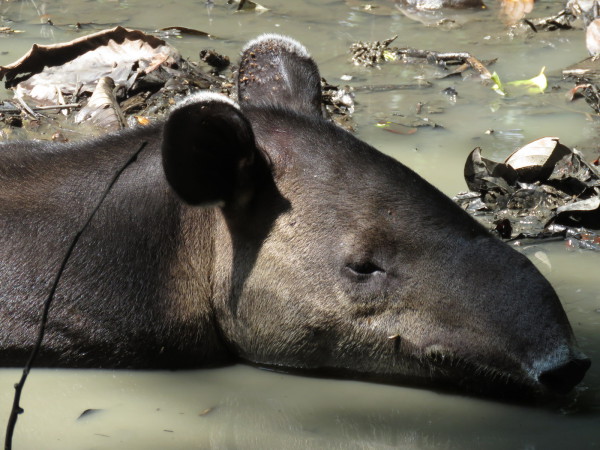 As you can see on the map above there are trails across the park and around the ocean facing perimeter.  By far the best way to experience the wildlife and diversity of the park is on foot trekking for three days or more across or around the peninsula.  The most common route is from La Palma to Los Patos (sometimes passable by 4WD using the Rio Rincón as a road), on to Sirena and down the coast to Madrigal and Carate.

From the boat in ecolodges strung south from Bahía Drake (or the budget hostels and cabins at the Bay) most visitors access the park by small boats on day trips to Sirena. 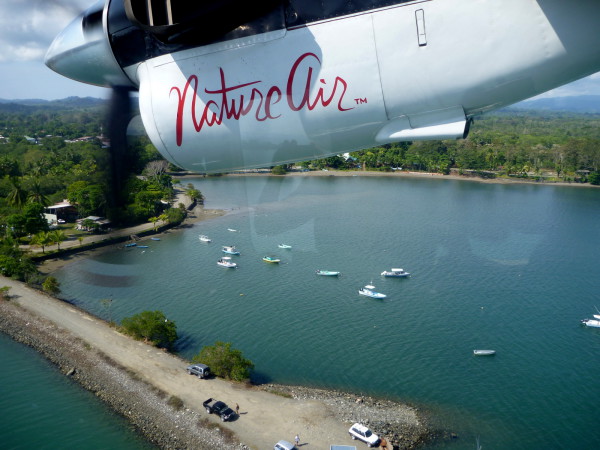 The the three most important bits of practical information for Puerto Jiménez are 1) the National Park office to purchase entry tickets is here, 2) it’s the end of the public bus line, 3) it’s nowhere near the National Park.

The first two make it a Backpacker’s paradise with all sorts of inexpensive cabinas and eateries.  The third makes it a bit of a bummer especially for people with limited time who end up arriving in the evening after the 10 hour bus ride from San José, spending the night and getting park entry tickets in the morning, then spending another night before they can catch a collectivo truck to Carate or bus to La Palma and hit the trail on the third day.

If you don’t have time to hang around town dealing with logistics there are a string of isolated upscale ecolodges, surf and yoga retreats heading south past the deserted beaches at Platanares, Zapote, Tamales, and Sombrero until you reach Cabo Matapalo where luxury and rustic meet at the $1,000 a night Lapa Ríos Lodge (double occupancy including meals). 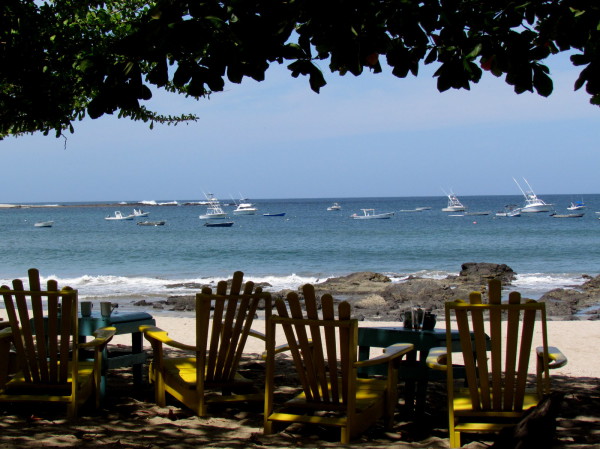 Even most Costa Rica “experts” only recognize two peninsulas – Nicoya and Osa – because Burica is so far down on the map that most tourists never even think of going there.  The majority of visitors are surfers hoping for a three or four minute ride on the “second longest left in the world” at Pavones.  We haven’t been able to verify that claim made to us by a California dred on a bus but it’s a long wave.