The Central Pacific region is distinguished by the abrupt meeting of half a dozen small mountain ranges with the Pacific Ocean to their south.  The Virilla River has its headwaters above San José and after flowing through the capitol follows a wide arc around the Cerros de Escazú and Turrubares defining the northern and western edges of region referred to as the Central Pacific. 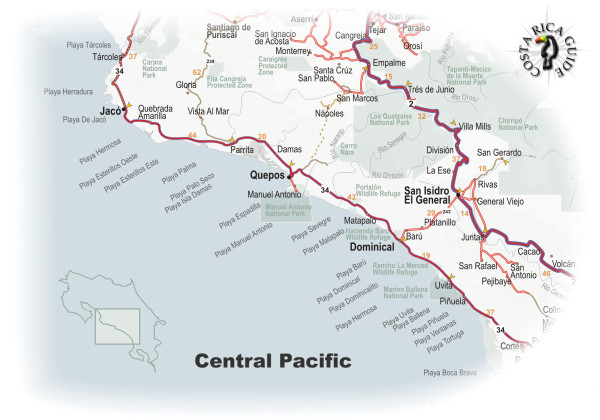 The Pan American Highway passes over Cerro de la Muerte then into the Valle de General and marks the northeastern boundary of the region.  The mountains between the highway and the Pacific are crisscrossed by rugged 4WD roads and trails, but the main access to the area is via the Costanera Sur Highway which follows the narrow coastal plain from where the Río Virilla meets the Tarcoles to the Río Terraba just above the Península de Osa.  Farther south there’s a paved road from San Isidro El General to the Coast at Dominical.

For decades a 40 km stretch of the Costanera Sur was under constant construction between Quepos and Dominical standing in the way of development to the south.  After 30 years the coastal route is complete and  cuts hours off of the drive from Caldera to Palmar.  It has replaced  the Pan American highway as the main trucking and transportation route between Nicaragua and Panama.  In 2012 things are starting to change quickly so enjoy the relaxed atmosphere while you can… 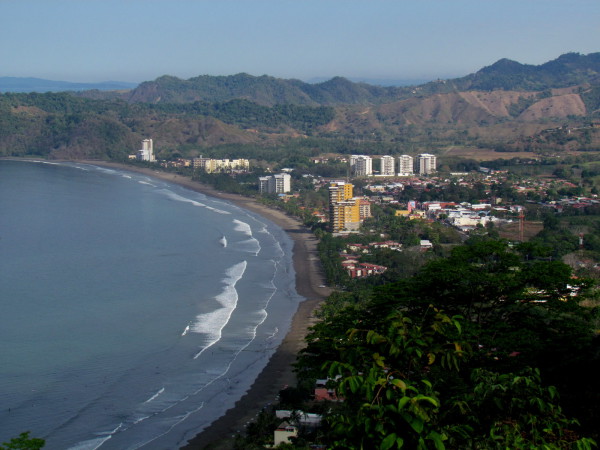 Far and away the most popular destinations are Jacó and Manuel Antonio and most visitors choose one or the other depending on an emphasis on nightlife at the former and wildlife at the latter.

Jacó has always been one of the most popular beaches in Costa Rica because of its proximity to the Central Valley and San José.  It’s also the most populated beach in Costa Rica and has a couple dozen high-rise condo towers, a good selection of restaurants and a long stretch of beach with surfable waves.

It has a reputation from way back for hookers, drugs and bar fights but it’s cleaned up its act a lot in recent years and has become a legitimate tourist destination. If you want some nightlife along with your rainforest Jacó is a great choice. 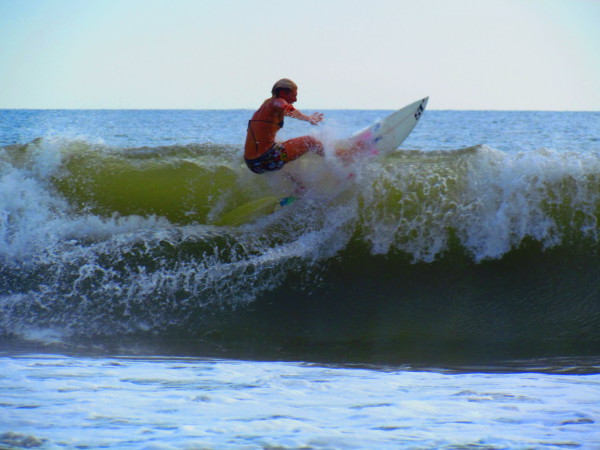 This miles long beach just south of Jacó is one of our favorite spots.  A little cluster of surfer hangouts and small hotels back the north end of the beach and the rest is designated as a wildlife refuge.  The hills above the beach are excellent for wildlife watching and we’ve seen as many as fifteen toucans or twenty five scarlet macaws in a single tree there.  Check out our favorite hotel – Tortuga del Mar and tell them Ray & Sue say Hi! 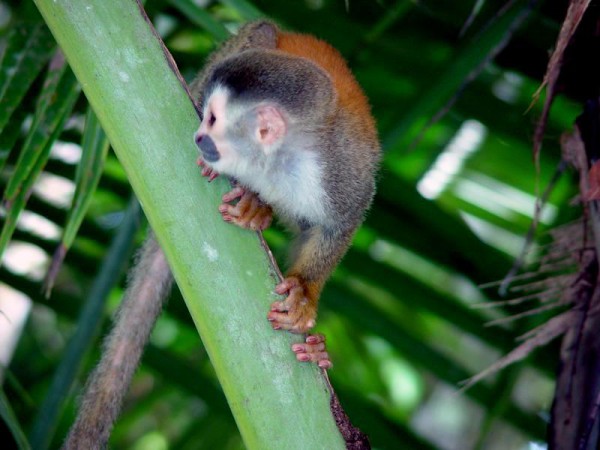 As you move south the development decreases and while Manuel Antonio has added a few high rises of its own in the past few years it tends more towards boutique hotels and small resorts spread along the hillside between Quepos and the National Park.

The National Park is the most popular in Costa Rica for wildlife viewing and one of the last places you can see endangered squirrel monkeys.  Like Jacó it’s a good choice if you want a selection of fine dining and some bars to visit in the evenings.

Dominical is a funky little surfing town with a number of good restaurants, a camping area on the beach and a dozen mid-priced and budget accommodation choices.  There’s never much doubt why people are here as – the surf culture hangs heavy as the nearly ubiquitous dreads.

Inland a few kilometers is the Valley of the Waterfalls – definitely a top ten destination that we’ve visited way more than ten times.  Swimming, canyoneering, sleeping in a camp behind a waterfall or just a rappel tour you’ll enjoy the fresh water as much as the salt water at the shore.

One of our favorite spots in all of Costa Rica is just north of Dominical a few minutes at Hacienda Barú National Wildlife Refuge, beach and Eco-lodge.  Exceptional birdwatching and a little trail down to their semi-private beach (miles long and an average of three visitors at a time) make it irresistible.

By the time you reach Uvita you’re running out of “civilization.”  A couple of small shopping centers a grocery store, some real estate offices, and a service station at the cross roads of the Costanera and the street that leads downhill to the entrance of Marino Ballena National Park and uphill to a waterfall hike serves as the town center.  The houses, small hotels, hostels, bars, restaurants and tour offices of Uvita are spread out on the hillsides and the roads down to the shore.

The gaps between Jacó, Manuel Antonio, Dominical and Uvita are all filled in with eclectic smaller communities: Hermosa which we already mentioned is a surfers haven where the waves are cleaner and less crowded than Jacó.  Then come the Esterillos Oeste and Este where you’ll find a beginner wave, loads of little rental houses, cabinas and small hotels.

Playa Palo Seco is a unique strip of vacation homes and mini-resorts on a kilometers long sand bar separating the crashing surf of the Pacific from a calm mangrove estuary at the mouth of the Damas and Palo Seco rivers.

South of Manuel Antonio two beaches Savegre and Matapalo stretch almost thirty kilometers to Barú.  Unassuming Tico vacation homes back much of the beach and there are few cabinas and hostels that welcome tourists.

The expat community that calls the hills above Tortuga and Ventanas beaches home is one of the most interesting in Costa Rica.  They actually built a Putt-Putt style mini golf course.