The Guanacaste and Central Volcanic mountain ranges give way to the northeast to rolling plains that rarely rise above a few hundred feet.  The Frío, San Carlos, Toro and Sarapiquí rivers snake north across the lowlands overflowing their banks to form seasonal lakes and wetlands.  Each eventually joins the Río San Juan at Costa Rica’s border with Nicaragua.  The San Juan, Chirripó and Tortuguero feed almost 300,000 acres of swamps and canals called llanuras along the Caribbean coast. 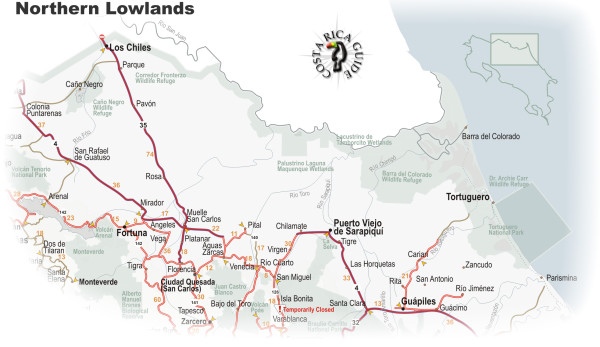 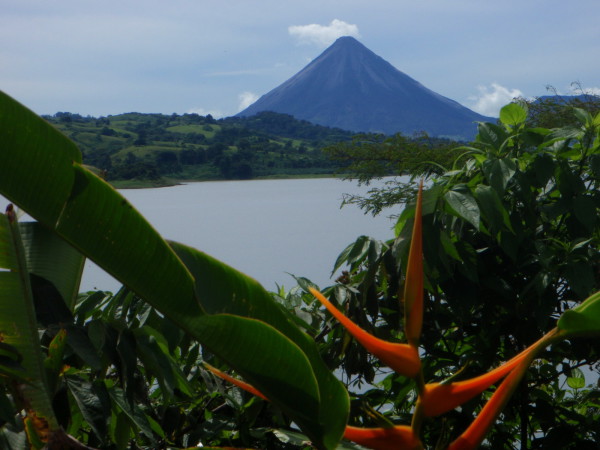 Arenal – A High Point in the Lowlands

A visit to the Northern Lowlands promises a number of highlights but as the name of the region suggests most of them are at low elevations.  The one exception is Arenal Volcano which rises to approximately 5,500 ft. depending on how the peak was most recently rearranged by collapses of the cone.

It’s included in the lowlands region because it’s a gateway to the area in fact the hot springs, hiking trails, waterfalls and hotels with volcano view terraces are 4,000 feet lower on the edge of the plains.

Tortuguero feels more like Costa Rica’s wilderness should than just about anywhere else.  You can’t even get there by 4WD, it’s gotta be a boat or plane. On one side of the barrier spits and islands the Caribbean crashes in with a force that makes you forget it’s just a sea and not the open ocean, on the other side calm lagoons and aquatic trails down green canyons formed by massive rainforest giants are crawling with life. 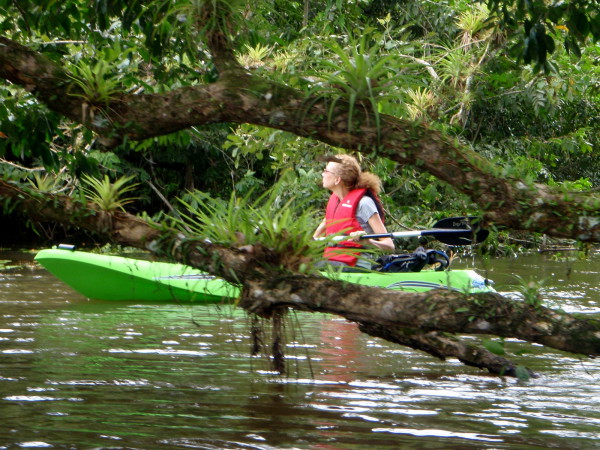 If you can’t make it to Tortuguero, Caño Negro is the next best thing.  A little over an hour north of La Fortuna and Arenal volcano the Río Frío spreads into a seasonal lake and marsh.  Exploring by motor launch, kayak or canoe promises some of the best wildlife watching in the world.

The gateway to the middle of nowhere.  The two main tourist destination in the northern lowlands – Arenal Volcano and Tortuguero National Park – are at the far western and eastern edges respectively.  In between there’s a huge chunk of Costa Rica that hasn’t changed much in the last few decades.

Rural small scale agriculture and cattle ranching on clear cut pastures intersperse with mega-plantations of bananas and pineapples.  The communities are small and simple usually with only a few buildings and one road in and one road out.  A number don’t even have a road, rather they’re accessed by the wide slow moving rivers that cross the plains from the south to empty into the Río San Juan on the Nicaragua border.

There are a few remote protected wetlands with spectacular bird and wildlife watching but if you make the long journey to reach them you’ll find lodges are very few and far between. 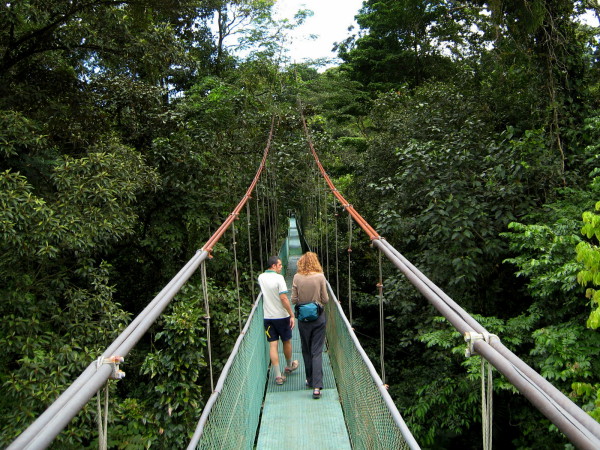 South of Sarapiquí where the plains meet the slopes of Barva and Cacho Volcanoes there are excellent locations to explore the diversity stimulated by the merging of the ecozones – La Selva, Heliconia Island and a few ecolodges in the vicinity of La Virgen.

Tirimbina Rainforest Reserve is a jewel in the area.  The accommodations are styled simply but include AC and modern bathrooms and the surrounding forest is spectacular.