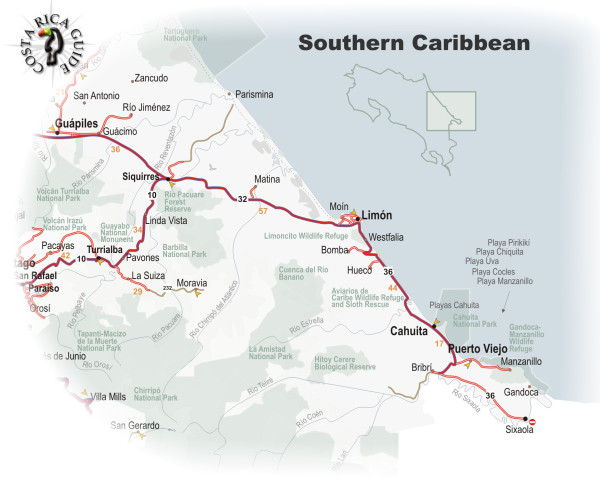 From Limón to Panama & over the Border to Bocas del Toro the southern Caribbean is one of the most unique areas of Costa Rica.

Jamaicans brought in to work the banana plantations and build the railroad from the coast to the capital brought their culture and the English language to the region. 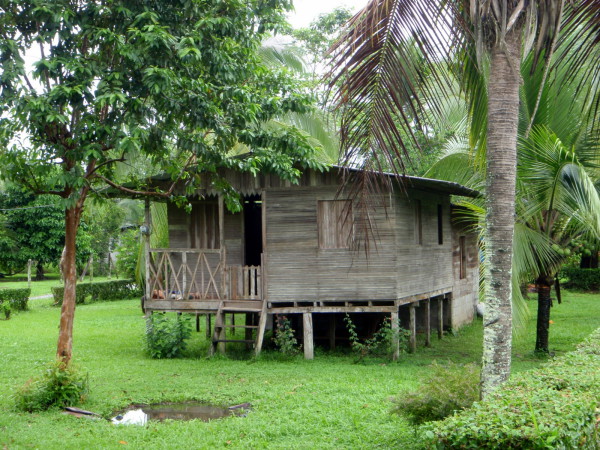 There are a few places to visit inland like the BriBri community on the way to Sixaola but most of the action is on the beaches. 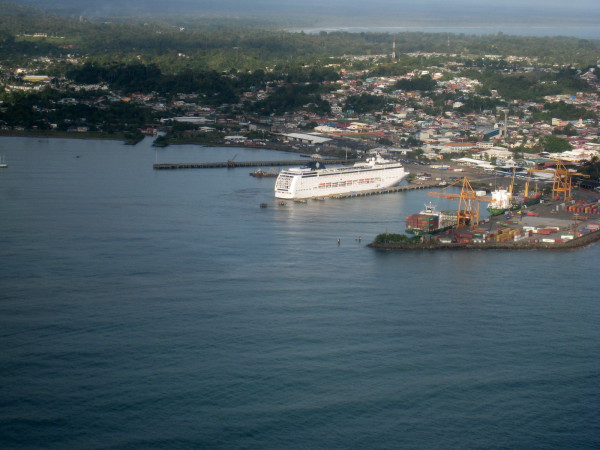 Limón is a commercial port with a crime problem.  Unless a cruise ship dumps you there or your rental car breaks down and you don’t have a choice there’s not much reason to even slow down on your way south to the beaches or north to Tortuguero.

Although we did spend the night once some twenty years ago when we were bicycle touring and absolutely couldn’t make it any further now we never even stop for gas if we can help it.

Cahuita National Park was established mainly to protect the offshore coral reefs which were subsequently badly damaged when an earthquake raised the seabed by almost six feet about three decades ago.  the reefs have largely recovered from being shoved out of the water but still struggle against the pesticides and excess fertilizer that washes down the rivers from the banana plantations. 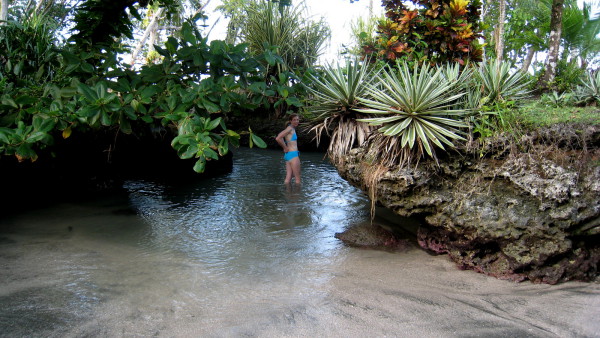 That said it’s by far the best snorkeling in Costa Rica and where the reefs don’t break them the waves are great for surfing.  The trails that back the beaches in Cahuita are excellent for bird and wildlife watching and are one of the best segments of a long route.  It’s possible to walk the shoreline for the whole 50 km from about Westfalia past Cahuita to the Panama border if you know where to cut inland to avoid the points.  Most tourist prefer to ride beach cruiser bicycles on the narrow rough beach road instead.

The National Park is the big attraction in Cahuita but we also have a little personal favorite – Piscina Natural.  The Natural Swimming Pool was created when the top of a giant lava tube collapsed forming an open channel to the Caribbean.  It has a couple of water park like tubes that you can ride through on the surge when the waves come in and a tiny little beach of it’s own back in the middle of the gardens by the simple cabinas. 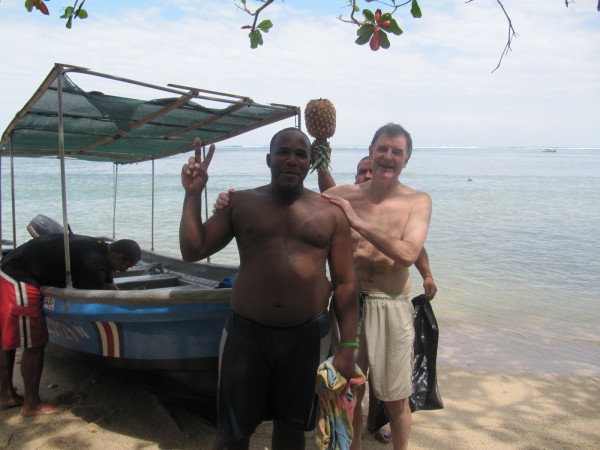 Puerto Viejo is where anyone around here is referring to when they say they’re “going into town.”  There’s a big nasty surf break called salsa brava right out in front of the bus station which is strategically located in the middle of a cluster of budget hostels, cabinas and backpacker’s.  Live music and lots of Imperial beer make this the only spot for nightlife along the coast.  Some of the best restaurants in Costa Rica are spread along the southern Caribbean region but most of the ones in town focus on either big burgers and fried seafood or vegetarian whole food snacks (I call them that because even though you have to pay for a meal they fill you up about as fast as snacks).  There are numerous ice cream shops and bakeries to round out the culinary experience. 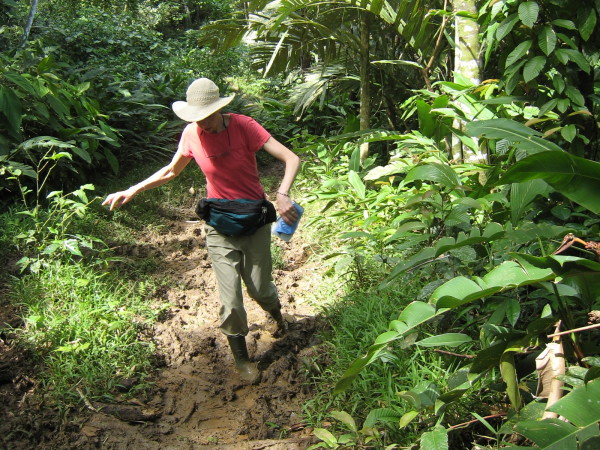 South from Puerto Viejo is an idyllic stretch of Caribbean beaches  – Pirikiki, Cocles, Chiquita, Uva and at the end of the road Manzanillo.  There are dozens of little boutique hotels and resorts with a few gourmet restaurants scattered between but mostly it’s just rainforest, sand and surf.   To get from Manzanillo to Gandoca you either travel on foot thorough the wildlife refuge that uses both of the names over a trail that pops out onto little deserted beaches every few hundred yards or drive all the way around inland.

The walk is highly recommended a;though it can be a bit muddy at times.