It’s expensive and difficult to determine the structural quality of construction after the fact – whether the concrete was appropriately mixed, poured and reinforced using the right grade of material, whether the ground was correctly compacted and stabilized, or if the right gauge of wire is hidden in the walls.  A professional inspection may reveal some deficiencies but it’s unlikely even a thorough inspection would include the multiple concrete core samples and soil studies necessary to ensure the whole thing won’t collapse and slide off the hillside in the first earthquake (and there will be one).

To a large degree home buyers have to rely on the integrity of the developer and contractor(s).

Although buyers probably can’t measure the in-situ density of the soil or stressed strength of the concrete there are a number of things that can be inspected.

Nearly every aspect of construction has a significant impact on energy efficiency and electricity is expensive in Costa Rica.  Usage is metered and the cost per kwh increases during daylight hours, on weekdays and with higher average use.  An inefficient poorly designed house or condo can generate bills running to thousands of dollars a month.

Fenestration refers to an opening in a building like a window, door, or skylight.  Its origin is from the Latin word for windows – “fenestra”

Open, close, lock and unlock every door, window, hatch, and cupboard while paying attention to how well it fits and operates.  If it sticks, won’t close tightly or won’t lock when it’s new it will only get worse.

We recently stayed in a nearly new, nearly million dollar luxury home where the microwave was built in with too little clearance and the door would only open six inches.  The owner’s comment was a shrug and “I only use it for coffee anyway.”  If you want to be able to use your microwave for a plate of spaghetti, check it before you buy. 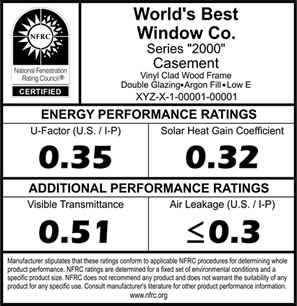 In the U.S. you could simply look at the National Fenestration Rating Council label to determine the quality of the window and its energy saving performance.

Even in high end construction the windows are almost always inefficient single glazed, aluminum framed sliding, fixed or transom windows.  The up front cost savings will quickly be offset by hundreds or even thousands of dollars added to yearly cooling costs.

Doors are one element of construction that can be of exceptionally high quality in Costa Rica.  Artist carved tropical hardwood doors can be heavy duty, durable, secure and extremely attractive.  They can also be warped, non-rectangular, an inch shorter than the opening, impossible to close securely or made from endangered species so pay attention.

Vent inspection is typically quite easy because there are none.

Bathroom fans are rare. While some kitchens have fans mounted above the stove they are rarely connected to an outside vent and typically blow the smoke back into the room after passing it through a filter.

If exhaust vents and vent fans are present check to be sure that they are actually connected to outside ducting, include a working self closing grill or flap to prevent air and insect infiltration, and a cap on the exterior duct outlet to prevent rain, pizote and raccoon infiltration.

Soffit, end and ridge venting of attics and crawl spaces may or may not be appropriate depending on design and construction and may or may not be present regardless of appropriateness.  Proper venting can make a big difference in cooling costs and should be confirmed by a professional.

Check flashing and sealing where the duct work passes through any wall, ceiling or roof.

Insulation can immensely increase the energy efficiency of air conditioned spaces but it is almost never used.  Typical Costa Rican construction techniques do not allow the addition of insulation to existing structures.

Electrical wiring codes and standards do exist in Costa Rica but enforcement during construction varies.  Pre-purchase inspection by a professional electrician is recommended.

Halogen bulbs are the single worst choice for lighting in Costa Rica but unfortunately quite common in high end construction.  Halogen fixtures have three huge disadvantages.  First they are very inefficient using large amounts of energy for the amount light produced, second they put out a lot of heat that the air conditioner will need to work overtime to remove and finally they are very expensive to replace.

You cannot simply replace a halogen bulb with a more efficient, cooler one – you have to replace the entire fixture which sometimes also requires modifying the construction.

LED lighting is even better than CFL in the cool and efficient departments but represents a significant up front investment.  Costa Rica typically lags a few years behind on new technology and since LED lighting is just beginning to move into the mainstream up north it shouldn’t be a surprise that it’s nearly impossible to find in Costa Rica.

Switches can be absolutely bizarre.  I once stood in front of a bank of nine switches and dimmer sliders that looked like it could control a space shuttle launch and flipped or slid every one trying unsuccessfully to switch off the light directly overhead.  Later I found the switch down the hall in the next room.

You may be able to switch on the kitchen light from the bedroom if you’re headed out for a midnight snack but you might have to get out of bed and cross the room for the switch for the bedside lamp.  Outlets may have similarly bizarre placements with three or four double outlets within a couple of feet of a corner but other entire walls with none.

Whether the switches and outlets seem to be appropriately located and distributed or not you will probably have to live with the existing configuration.  The wiring is typically embedded in the concrete when it is poured and extremely difficult and expensive to modify.

Don’t be surprised to find the main breaker panel sticking out like a sore thumb in the middle of a wall in the living room or master bedroom.  The big gray industrial metal boxes seem to be invisible to Central American aesthetic sensibilities.  Don’t worry, you’ll get used to it.

Bring a plugin ground, current, and polarity tester from home. They are only a few bucks at any northern hardware store but very difficult or impossible to find in Costa Rica.

There are million dollar homes and multi-million dollar resorts plumbed with materials and to standards that wouldn’t be acceptable for a sprinkler system up north.  It’s advisable to have a professional inspection prior to purchase.

There are no sewer systems or centralized sewage treatment facilities.  Septic systems vary widely in quality and capacity and are impossible to inspect once buried.

There are a couple of above ground clues you can use to get a vague idea of how well the system might work.  If you’re told to put the toilet paper in a waste basket the system is inadequate and likely problematic.

If there is no outside pumping access port or no way for a pumping truck to approach the tank or septic field the system may insufficient and likely problematic.

The inclusion of P-Traps to prevent sewer gases from bubbling into kitchens and bathrooms was almost unheard of until ten years ago.  It’s more common now but definitely check.  Also make sure that a “real” P-Trap is used because tubing can be used to make something that looks right but siphons or clogs due to inappropriate lengths, diameters or curvatures.  A fake one can be worse than nothing.

Fiberglass hot tubs, Jacuzzis and bath tubs whether jetted or not are nearly always installed incorrectly in Costa Rica.  I don’t think I’ve ever seen one that was properly installed and because of that I’ve never seen one more than a couple of years old that wasn’t cracked and leaking.

Fiberglass tubs are intended to be fully supported on the bottom and typically a few inches up the side.  If you push really hard (like put all your weight behind it) and feel any flex at all it was not installed properly.  Fill it with a thousand pounds of water and a couple of people and it will begin to crack.

Just like for swimming pools pumps, filters, and controllers are way more expensive and generally less reliable than where you’re from.

Solar, tank, demand, none.  Learn about them and figure out what you’re getting.

If that’s not something you want to learn to live with check the plumbing carefully.  If it is improperly connected it may be as simple as switching a couple of flexible coupling hoses with finger tight fittings.  More likely it’s plumbed with rigid pipe and permanent connections requiring saws, pipe cutters, or torches to modify – in short a few hundred dollars paid to a plumber.

Important questions to ask about the water supply.  #1 is there any?  Do not just assume there is or that the supply will be sufficient when they add 50 more homes to the well.

Where does it come from, is it treated, is it tested – by who, how often where can you see the results, arsenic, cistern or tank for backup, meter (they are being introduced), ask the neighbors if they ever run dry, does water stop flowing when the electric is out

Appliances are expensive and generally lower quality.  Energy star rated efficient appliances are rare and even more expensive.  U.S. and European name brands are available but generally with limited selection and not the same models available in the home markets.  Counterfeiting is widespread in Costa Rica.

Air conditioners are a huge investment and face heavy use.  Split units with a separate condenser outside and fan/cooling unit inside are common.  Central air is very rare and it is common to find only the bedrooms cooled.  It’s not because the kitchen living room and other spaces don’t heat up, it’s because the vaulted ceiling, plate glass window, open floor plan designs created to enhance the views are stunningly inefficient and expensive to cool.

Refrigerators and freezers also work overtime in Costa Rica and when they are not energy star rated (most aren’t) you face a double whammy of expensive inefficient cooling plus pumping more heat into the air in the kitchen making the air conditioner work harder. The majority of icemakers in Costa Rica are disconnected within the first year or two for one reason or another.

Furnishings are sometimes included with homes or especially condominiums both new construction and re-sale.

Landscaping in Costa Rica is frequently structural or functional.

Because naturally flat areas tend to accumulate water to form swamps most construction in Costa Rica involves knocking the top off of a mountain or cutting a notch into a hillside to create a level area for building.  That necessitates retaining walls and drainage as landscaping elements.

One of the easiest ways to ensure that the landscaping plants and trees are appropriate and will thrive is if they have already survived a few years.

A significant fraction of the plants and trees available at Costa Rican nurseries are non-native and sometimes even considered invasive species.

It’s just hole in the ground that’s full of water, how much trouble can that be?  Potentially quite a bit.  Pumps, filters, and controllers are just like anything else with moving parts in Costa Rica.  Way more expensive and generally less reliable than where you’re from.

We’ve been told by friends who live on the beach that you have to buy a new car every year if you don’t have an enclosed garage but only every other year if you do.

If you’re buying a gringo style house it’s likely that you’re also buying into some sort of association that builds and maintains the access to the property (as well as the electrical and water) or if it’s a large property you may be buying all these things outright and be responsible for the maintenance yourself.