La Cangreja National Park is named after the rock formations in its center that have the shape of a giant crab.  The main 6km hiking trail crosses several rivers and streams flowing through the canyons and over rocks forming dozens of small waterfalls. 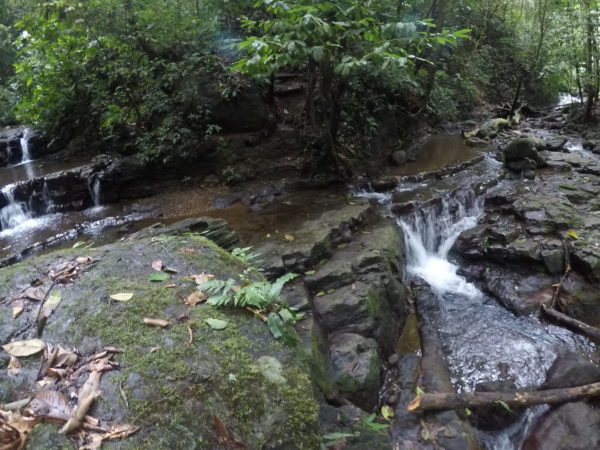 It’s close to San José but the winding mountain roads makes it about two hours to reach the entrance.  If you have a 4WD vehicle and want an adventure it’s a great stopover in the middle of a little used alternate route to Manuel Antonio National Park, Jacó, Dominical or Uvita.

In general we recommend never leaving anything in a parked vehicle in Costa Rica.  However, the parking area at Cangreja is in plain view of the rangers, usually only has a few cars, and because of the gate and entrance road ladrones (thieves) would be pretty obvious when approaching.  Take your valuables but suitcases or packs with clothes are probably okay in the car.