The 2019 Costa Rica rainy season arrived along with the intertropical convergence zone right on schedule at the beginning of May and June is shaping up to be slightly wetter than average. 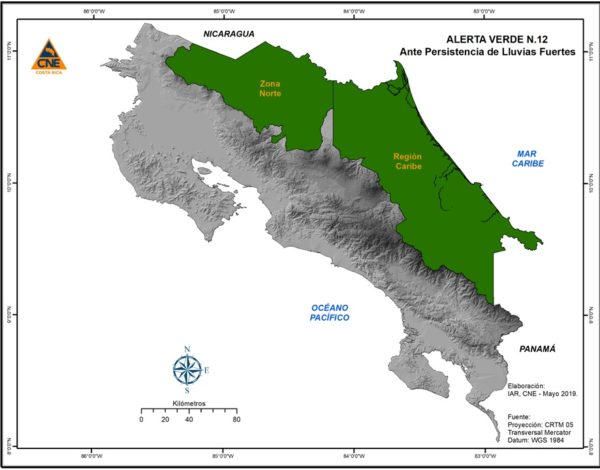 The weather website Ventusky is predicting rainfall amounts of 2-5″ per day in Guanacaste, the Nicoya Peninsula and the Pacific coast as the tropical depression forms west of Costa Rica the last week in May. 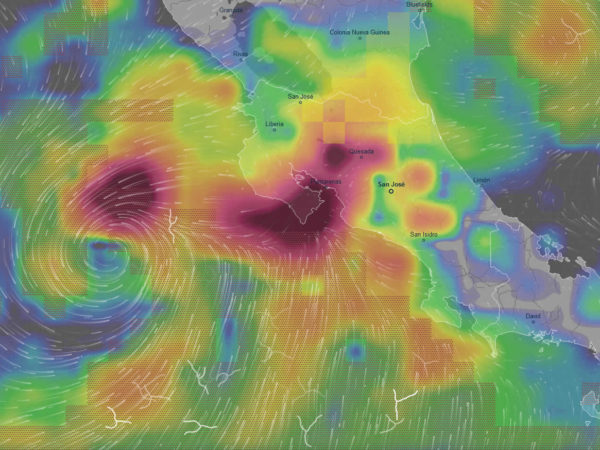 By the middle of May locals were reporting that the river fords along the coast road (route 160) stretching from Mal País and Santa Teresa north to Nosara and the resort areas were flooded and impassable at times.  Reliable north/south navigation on the Nicoya Peninsula will shift to the main road, Hwy 21 though Nicoya and Santa Cruz until things start to dry out in December.

The Guapiles Highway from San José to the Caribbean side (Hwy 32) was already closed for several days early in May due to landslides.  Closures become more frequent and longer as the rains intensify.

Blockages in the mountains and floods, wash outs and collapsed bridges in the lowlands are typically more common later in the rainy season when the ground is saturated.  These are the best resources we’ve found for checking the status of Costa Rica’s road system.

More Rain on the Way

The U.S. NOAA and National Weather Service Climate Prediction Center is predicting precipitation building and tropical depression/storm formation on the Pacific side in late May leading to higher than normal rainfall through early June.

Although the rains may be somewhat earlier and slightly more intense than average there’s still plenty of tropical sunshine especially in the mornings.   These are the best online sites for Costa Rica weather forecasts.

The Instituto Meteorológico Nacional de Costa Rica – IMN – National Meteorological Institute short range forecast is calling for partly clouding mornings with rain and thunderstorms in the afternoon and overnight over most of the country.