There are a total of $58.19 Costa Rica taxes and fees typically charged to international air tickets. 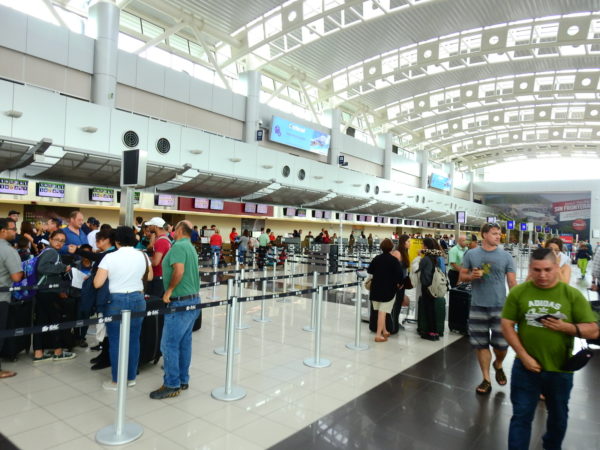 Most people don’t notice these because they are included in the advertised price of airfares.  In July of 2019 Costa Rica’s new value added tax (Impuesto al Valor Agregado – IVA) applies to 10% of the cost of the ticket at a rate of 4%.  That is the equivalent of 0.4% or $2.40 on a $600 round trip ticket.

The $15 tourism arrival tax is collected from everyone regardless of the nature of their travel.  It’s a tourism tax in the sense that it supports the tourism board not that it is applied to tourist activities.

The “Common Area User Charge” seems a bit of adding insult to injury when a slice of pizza and a coke is already $23.00 in the “common area” but in general the added costs on the Costa Rica side are less than the visitors country of origin.

In total there are roughly $120-$180 in taxes and fees included in the price of an international return ticket.  Something to consider when searching for the best airfare.

The fees and taxes itemized for a round trip between the U.S. and Costa Rica

The infamous departure tax (called Boarding Tax above) gained notoriety because for decades Costa Rica was basically the only country that charged the tax directly to the consumer instead of including it in the cost of airfare at the time tickets were purchased.

Passengers were required to queue up and pay (cash only but for a hefty fee they would provide a cash advance on your credit card) before getting in line to check-in.  It upset and angered travelers because it could add half an hour in line at the airport and because they never noticed that all countries (the U.S. is $18.60 as of 2019) charge departure tax but most are smart enough to hide it in the ticket price.

Starting in 2014 Costa Rica began to shift the departure tax into the ticket price but five years later there are still a few airlines that require payment in person at the counter.