Isla Bolaños National Wildlife Refuge in the Bahía Salinas was established to protect nesting sites for Brown Pelicans and Magnificent Frigatebirds.  The windy ridges on the southwestern side of the island are isolated from predators and provide perfect launch pads for the adult’s fishing sorties into the coastal waters. 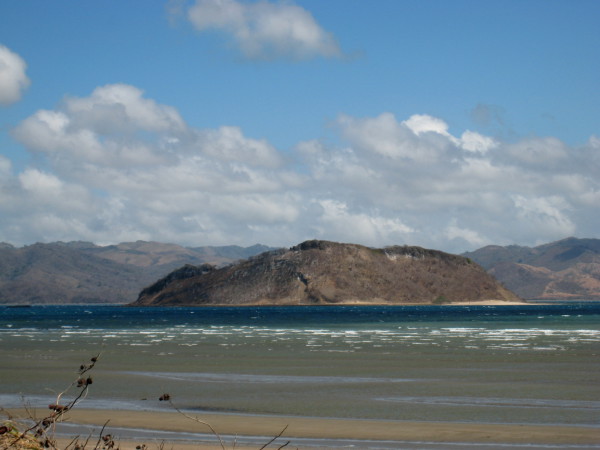 Brown pelicans are common along the Pacific coast from the northern United States to Peru and are often seen skimming the waves parallel to shore against the horizon.  They nest at several sites in Costa Rica with the biggest colony on Isla Guayabo.  About two hundred pairs of frigatebirds breed in residence at Isla Bolaños and in smaller numbers at the only other nesting location in Costa Rica-on a small island west of Isla Guayabo in the Gulfo de Nicoya. 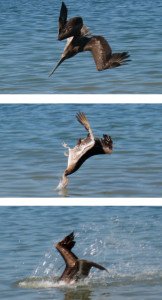 Frigatebirds and Pelicans both build nest of sticks and twigs in the top of the paira (Melanthera nivea), or frangipani (Plumeria rubra) shrubs, and crown fig (Ficus ovalis) trees that cover the island.  The most concentrated nesting activity occurs in January and February, but especially the frigatebirds have a protracted season and can be seen from November to June.

Fishing launches from Puerto Soley can be hired to view the nests from offshore.  Landing is not allowed no matter how tempting the pristine white sand beach looks.

The island is small, just 25 hectares but protects some of the most important rookeries in Costa Rica.  Visitors are prohibited from landing on the island, boats must maintain a distance of at least 50 meters.