Your ultimate medical resource must be your physician. We have provided some general information, and daily updates by qualified medical professionals are available on the WHO and CDC web sites.

Back in March of 2015 Turrialba volcano west of San José began intermittent significant eruptions and the prevailing winds frequently carried the clouds over the capital.  Volcanic ash can be particularly irritating to lungs and cause respiratory distress.

The eruptions continue in 2018 and although diminished show no signs of stopping.  If you’re planning on spending significant time in the central valley you may want to bring a mask just to be prepared.  If you normally wear contacts make sure you have a pair of glasses as a back-up because ash can make the lenses in your eyes very uncomfortable.

Outside the central valley the ash and dust is not noticeable but it has made the sunsets particularly spectacular.

The tropical sun is spectacularly intense, especially at higher altitudes, and the high humidity means that the evaporative cooling of your perspiration is less effective, and even a mild case of travelers diarrhea can contribute significantly to dehydration. Wear a brimmed hat, use sunscreen, and drink plenty of water.

It is likely that even if you are cautious, you will experience at least a mild case of traveler’s diarrhea. Often this isn’t disease related, but an adjustment of your entero-bacteria population (the normal residents of healthy intestines) to new immigrants and different foods. Carry a basic first aid kit containing Imodium to fight back, and the adjustment shouldn’t take more than a day or two. If you’ve traveled for more than a few weeks, don’t be surprised if you experience another adjustment and bout of “revenge” upon returning home.

Other more serious causes of Traveler’s Diarrhea aren’t likely to be encountered in Costa Rica’s water or food supplies, but if you’re spending time in the back country or traveling on a very low budget you should be cautious of Giardiasis (common in unpurified water) and Cholera (uncommon) which can be contracted from contaminated water supplies and fecal contact.

Several Costa Rican attractions are above 8,000 feet (2,500 meters), high enough to trigger mild altitude sickness especially if you are acclimated to sea level. Symptoms include headache, disorientation, nausea, and irregular breathing. Gradual adjustment to higher elevations can prevent altitude sickness. Move to lower elevation as soon as possible and the symptoms should ease. If they don’t, seek medical attention.

Two of the main diseases extant in Costa Rica are mosquito borne, zika and dengue fever. Malaria is very rare but there are a few cases each year.

The main preventative measure for each is avoiding mosquito bites. Wear long sleeves and long pants in infested areas, stay indoors around dusk when mosquitoes are most active, sleep under mosquito netting, and use an effective repellent (DEET).

Malaria prophylaxis (chloroquine, proguanil, mefloquine, or doxycycline) is rarely if ever appropriate for Costa Rica.

Hepatitis is more common in Costa Rica than North America, but much less common than some other parts of Central America. Hepatitis A exposure usually occurs due to a lack of hygiene, Hepatitis B and C are more dangerous and usually contracted through sexual contact or intravenous drug use. Symptoms of all three types include loss of appetite and energy, and yellowing of the skin and whites of the eyes. A gamma globulin injection prior to exposure can increase your resistance.

Other than the diseases transmitted by mosquitoes, most Costa Rican insects are more annoyances than health problems. The best defense against many of them is to cover your skin with long sleeves and pants.

The most annoying are purrujas (no-see-ums) that infest beaches and marshes, and coloradillas (chiggers) found in the pastures of Guanacaste and other grassy areas. Neither mind DEET (the most effective mosquito repellent) but Avon’s skin so soft works well against no-see-ums. Chiggers usually burrow in where clothing meets skin like the tops of your socks, the waistband of underwear, and bra straps. They can be repelled with sulfur powder available at pharmacies. 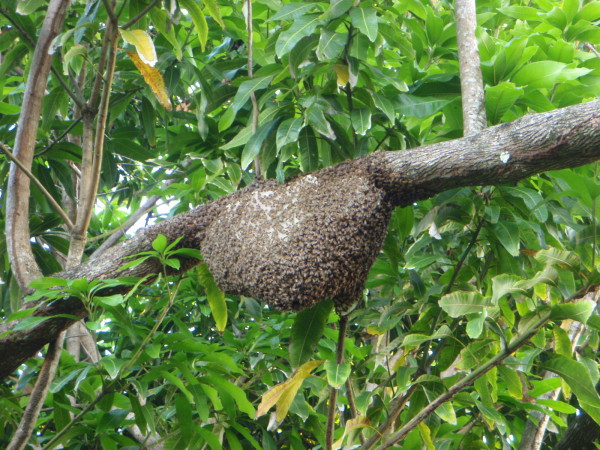 Africanized bees have colonized all of Central America, and can be dangerous because of their exceptional aggression. Avoid nests but if you are attacked, running and dodging are your best bet unless you can find water to dive into and use the old Warner Bros. trick of breathing through a reed until the swarm dissipates.

Ticks are common in the tropics and can transmit a variety of diseases.  The best prevention is observation.  Ticks don’t bite right away so if you keep an eye on yourself and your hikeing partners the majority can be flicked off while they’re still walking around looking for the best spot for lunch.  After enjoying the outdoors check yourself and your kids carefully, ideally in the shower and remove any that you find using slow gentle pressure with a pair of tweezers gripping the head.

Costa Rica has varied and prolific herpatofauna. A few of these snakes are dangerous, but in general the old cliché that “they’re more afraid of you than you are of them,” is true. To avoid snakebite visit the forests with a qualified guide, avoid reaching where you can’t see first, and don’t disturb piles of brush and leaves.