Costa Rica boasts an off the grid farm where internationally renowned guest chefs create signature dishes based on the day’s organic harvest, luxury resort seafood platters piled with langosta and camarones, and a modern menuless Mediterranean cafe that’s truly family style because you’ll eat what is put in front of you (and like it). 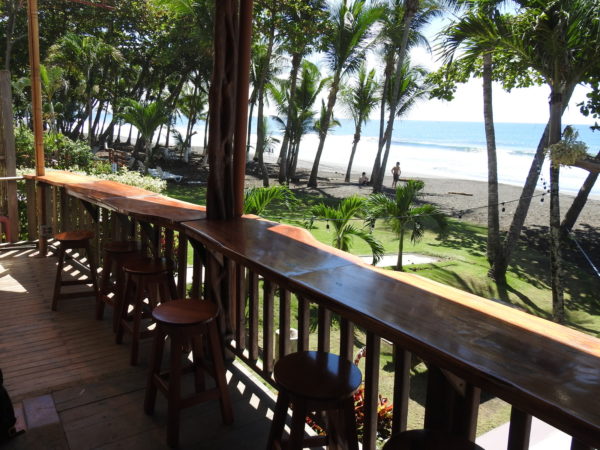 The Best Food in Costa Rica

This isn’t a yip, yelp or advisor style non biased survey with consumer ratings.  There are dozens of places to get those for whatever they are worth.

Soda La Ceiba (aka Las Carnitas) near the village of Chimurria Arriba north of Bijagua (10.80789, -85.01322 on route 6) – what we would call fiesta food with tamales (traditional Christmas treat) and Carnitas (grilled meat often found at patronales)

Finding Your Own Favorite Soda Auténtica

There’s a “soda” on every corner in Costa Rica but for more authenticity get away from the corners, out of town on a “recorrido por el campo” tour of the countryside.  In the cities menus have drifted towards fast food – pollo frito and hamburguesas with coke to drink.  The best will seem to be in the middle of nowhere but still have dozens of cars, trucks and bicycles out front nearly blocking the narrow road.

Sodas are the original home of the fruta natural and the only opportunity around to try a real fresh from the tree ‘fresco like “limon dulce” a species of sweet lemon the size of a grapefruit.  The Sodas and Juice Bars in town serve smoothies made from bulk processed concentrated fruit pulp but in rural agricultural areas they’ll use whatever is ripe out back.

Resorts can be great but not escaping the buffet or “chef inspired” specialty restaurants at your All Inclusive Resort to try some real Costa Rican food would be culinary criminal negligence.  It’s understandably difficult to skip meals you’ve paid for in advance, but Sodas are quite inexpensive – typically under ten bucks a person.

If you’re wondering about the Michelin stars mentioned in the intro there are zero in Costa Rica and always will be, but there are hundreds of excellent purveyors of international cuisines across Costa Rica.  A small sampling of our favorites – reservations are strongly recommended, even in low season.