Bicycles used to be our favorite way to get around in Costa Rica but massive increases in the number of vehicles and decreases in the number of potholes have made it all but suicidal to ride a paved road here.  If you don’t believe us check out the facebook page Accidentes en Costa Rica where users post the most recent tragedies on an hourly basis.  Be prepared to see gruesome images of bodies in the road with limbs missing and video of cyclists being launched fifty feet in the air when they’re struck from behind by a speeding driver.

Even though it’s only two lanes, and would barely qualify as a county road in Illinois, the Pan American Highway is a death trap for cyclists both directions from San Jose. By the time you meet the coast road at the turn off to Puntarenes the mountains have given way to rolling hills and much of the traffic has dissipated. From there, the Pan Am is a reasonable route north to the Nicaraguan border. 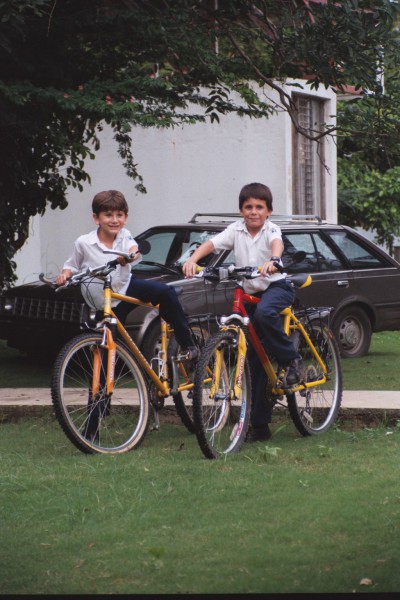 To the south of the capitol is Cerro de la Muerte. This mountain originally got its name (peak of death) from the many peasants that froze to death when they were trapped by bad weather while trying to cross towards Panama. It still deserves its name because of the daily occurrence of fatal head on collisions on the steep curves of the road that crosses it. Again, once you get far enough from San Jose the Pan American Highway becomes navigable by bicycle. To the south this occurs at San Isisdro El General and you can continue to the Panamanian border in relative safety.

The road from San Jose to Guapiles through Baurillo Carillo National Park is another one that is sketchy for bicycle travel. It is fairly wide and has the advantage of being three lanes in many places. The extra lane means there are fewer crazies passing illegally, but it also means that the average speed is higher. East past Guapilles to Limon it’s safer, but still not the most enjoyable bike route in the world.

It’s too bad that the traffic presents such a hazard (even if you survive with your head intact, you will probably come down with lung cancer from the fumes) because these three routes would be exceptional for biking without the vehicles. Baurillo Carillo is still some of the wildest territory in Costa Rica and Cerro de la Muerte is breathtaking.

There are actually two days each year when it isn’t suicidal to attempt one of these routes.

One falls in December when the annual tour de Costa Rica bicycle race closes roads around the country. If you found out what day the race traveled the route you wanted, you could slip in behind the pack and travel in relative safety. Just don’t go too slow or they will finish the race and all that backed up traffic will be all over you.

The other day is a better bet. There is no traffic on Good Friday. I’m not sure why that’s not true on Easter Day, Christmas or other holidays, but for some reason Good Friday is the one.