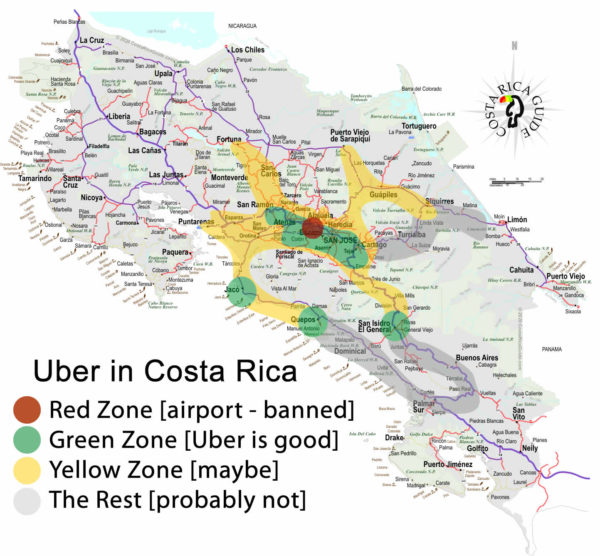 There are a few small zones shown on the map above in green where Uber is more or less automatic. Click the app, add a destination and within a few minutes you’ll probably have a ride. In an extended area shown in yellow you may be able to hail a ride but you may wait an hour or two especially late or at rush hour.

The red dot is San José international airport,
ground zero for the battle between taxis and Uber drivers. It’s relatively easy to get a ride to the airport (although the driver may ask you to hug them and pretend you’re a relative if there are any transit police around at passenger drop off) but from the airport may be impossible.