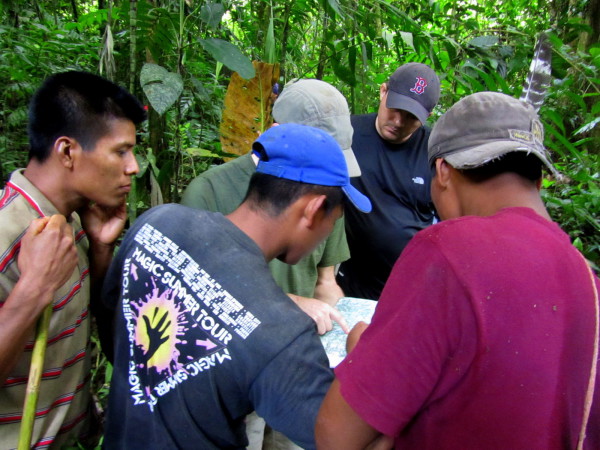 Discussing the route for day four. It was a short day for distance – only about ten kilometers, but made up for it in elevation with a thousand meters of up. First a steep climb out of the the Río Coén valley, over the ridge on the west side of the Quebrada Yobri drainage then down to the Río Tapari – a major tributary of the Coén which we’d been told we’d need ropes to cross. After that we left the Río Coén drainage and headed straight up cuesta Bugú and the rest of the trek would be in the highlands.