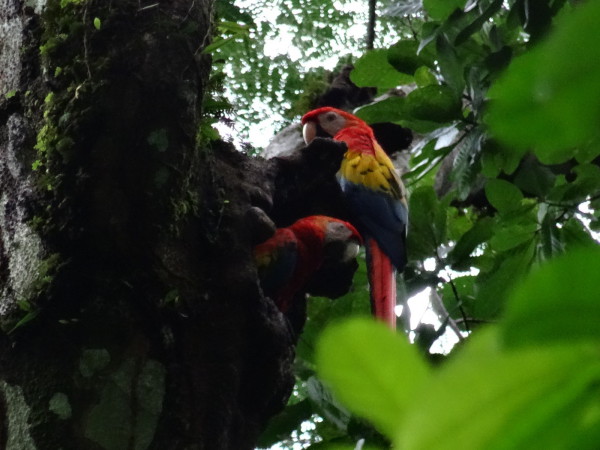 Scarlet Macaws on their nest. We felt incredibly lucky to spot this rare sight. Scarlet macaws were once nearly extinct in Costa Rica and 20 years ago the only populations were isolated in Carara national park and Corcovado. Today, in part thanks to breeding programs and largely because of new laws prohibiting keeping them as pets large flocks can be found along the entire length of the Pacific Coast.